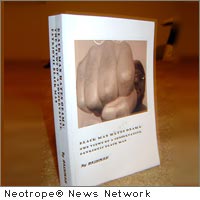 PHOENIX, Ariz. (CitizenWire) — In response, and in defiance to YouTube and Facebook account cancellations, RainMan penned “Black Man Hates Obama” (ISBN: 978-1450730006; LCCN: 2010912032) to express his frustration at what he feels is “warranted opposition towards the recklessness of the ‘Obama Reign of Terror.'”

When asked if he felt that as a black man, it is taboo to speak against the first black President, RainMan replied, “Usually outside of the confines of the ‘black wall’ most blacks will remain mute in the company of non-blacks, regardless of the first black President’s detrimental actions — but I am an iconoclast with a bohemian twist who is not pusillanimous to be a Black Maverick for my country, and my Patriotic heart must speak out. And now is the time.”

Although the entire book is written somewhat malcontentedly, the more controversial chapters include, “No Black Leaders to Admire,” where RainMan condemns “the black elitists for conspiring with an avowed racist white woman named Margaret Sanger to commit a heinous attack upon their own race, by encouraging blacks to abort their babies through eugenics.”

In “Michelle His Belle the Racist Woman Behind the Muppet,” RainMan unearths the “unadulterated bigotry and race baiting techniques of ‘The First Lady,'” and her role as a Chicago Medical Center Community Relations VP. “Scary.”

In “Black Nationalist/Black Liberation Theology,” RainMan expounds on “this subjugating doctrine which exploits the black community and keeps them shackled mentally, emotionally, and financially.”

In “The Democratic Party is Not the Party for Blacks,” RainMan takes the reader into the not so distant past, where he utilizes documented proof of the “Democratic Party’s reluctance to permit blacks the opportunity to obtain Civil Rights, and the Republican Party’s conviction to make Congress abolish Slavery.”

RainMan is not afraid to walk the lonely road of Black Conservatism. He does not mince his words, and he provides solid proof to back up his premises.

You will NOT be able to put this book down. “Get it before Obama burns it!”

For more information about the author, and to purchase this dynamic book, please visit http://blkmanhatesobama.webs.com .