You are here: Home › Red Hen Systems is pleased to announce the release of RouteScout for FalconView with MediaGeotagger
By Roderick Kinnison on October 6, 2010 in All Stories Index, Computing, National News 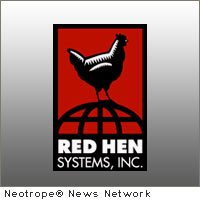 FORT COLLINS, Colo. (CitizenWire) — Red Hen Systems is pleased to announce the release of RouteScout for FalconView with MediaGeotagger. RouteScout is a plug-in that extends the functionality of the popular FalconView mission planning and mapping software used by the U.S. Department of Defense (DoD) and Allied countries around the world – enabling new mission planning methods and techniques that exploit geotagged multimedia collected from a variety of sources. MediaGeotagger is a new stand-alone, companion application that allows for intuitive data collection, with an automated process for geotagging of video, photos and audio data. Users then create “projects” that can be shared with other FalconView/TalonView users.

The objective of RouteScout is to facilitate the communication of detailed, relevant, audio-visual information about a specific route or place from war fighters that are familiar with the location, to those that are not, mitigating risks and increasing survivability. The RouteScout plugin allows FalconView to accept traditional Red Hen and certain industry-standard geotagged media files, as well as the new project-based file format called Red Hen Project (.rhproj) that is created by MediaGeoTagger.

By leveraging geotagged media in the context of a map, RouteScout provides war fighters with knowledge of the immediate surroundings or upcoming points-of-interest (POI) along a route. For example, there is a feature called Look-Ahead Video Awareness, or LAVA, where previously-collected video and media is displayed in-route to war fighters, on a moving map. The media “plays and pauses” based on a preselected distance from the user’s current GPS location. This allows for dramatically increased situational and threat awareness before arriving at a location.

Another notable benefit of the RouteScout package is the ability for war fighters to disconnect themselves from proprietary, obvious-looking and expensive hardware/software solutions. With MediaGeotagger, users can quickly geotag video, photos and audio data using commercial off-the-self (COTS) cameras, voice recorders and GPS units, while RouteScout allows for the exporting of photos, audio and text as GPX data to personal navigation devices (PNDs), including Garmin Nuvis, Colorados and Oregons.

RouteScout is the result of a Defense Acquisition Challenge (DAC) Program awarded in order to rapidly deploy Red Hen’s multimedia geotagging capability in the ubiquitous FalconView environment. It is currently supported for FalconView v4.0.1 and TalonView v4.1.1. While initially designed for DoD-related efforts, RouteScout is expected to find use in the civilian market as GTRI begins releasing their Open Source version of FalconView to the public.

Since 1997, Red Hen Systems, Inc. (www.redhensystems.com) has been developing patented hardware and software for collecting geo-referenced video and photo data in the field, and bringing that data into mapping environments for improved decision-making. No matter what industry you work in, when it comes to multimedia data collection, viewing, and decision-making – we’ve got you covered.

FalconView is a PC based Mapping Application developed by the Georgia Tech Research Institute (GTRI) for the Department of Defense (DoD). TalonView is a restricted version of FalconView for non-U.S. distribution. The software is widely used by the U.S. DoD and Allied countries, but historically it has not been available to the general public. Thanks to an initiative by the U.S. Air Force, GTRI has begun releasing a free and Open Source version of FalconView under the terms of the GNU LGPL license.