You are here: Home › Data Supports Specter of Unemployment Keeping Foreclosures High in Some States says ForeclosureDataOnline.com
By Roderick Kinnison on January 31, 2011 in All Stories Index, Finance, Internet, National News 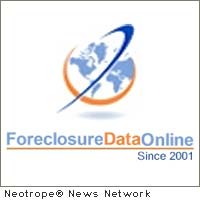 NEW YORK, N.Y. (CitizenWire) — According to The Associated Press’ monthly analysis, higher unemployment and foreclosure rates, especially in South Atlantic and Mountain states, raised the nation’s economic stress in November. This supports the findings from ForeclosureDataOnline.com that confirms Colorado and Florida have more of the top 10 cities listed for the number of foreclosures because these states rely on hard hit tourism, and have recently lost drilling, mining, or construction jobs.

After a year of oil spill and clean up in the Gulf, vacationers may be back in 2011. But with a weak economic outlook for jobs, the dollars allocated for vacations and tourism may be delayed until the loss or expense of money from the last few years are recovered.

Even though the economy added about 1.1 million jobs over the course of 2010, nationally, the unemployment rate increased to 9.8 percent in November from 9.7 percent in October. In December, the rate slipped to 9.4 percent. And many jobs are not expected to return.

Businesses remain on the sidelines as they await the outcomes of the new laws and public policies that will cement the direction of the country. As consumer confidence grows and the creation of more jobs in newer industries takes hold, the outlook for 2011 and 2012 may be brighter. But experience shows that job creation is slow and steady, and takes a long time.

Even though some cities like Denver and Aurora are in the top of the ForeclosureDataOnline list, the number of foreclosures has decreased in the last month, while other cities like Chicago, Minneapolis and Charlotte have more to consider in the near future.