You are here: Home › ACLC Teacher Grizzle will bring cutting-edge learning experiences to students this year with the help of a new MakerBot 3D printer
By Roderick Kinnison on November 5, 2010 in All Stories Index, Education, National News, Technology 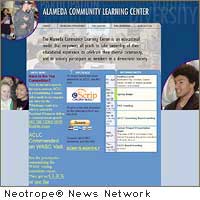 ALAMEDA, Calif. (CitizenWire) — Alameda Community Learning Center science facilitator Carlton Grizzle will bring cutting-edge learning experiences to students this year with the help of a new MakerBot 3D printer he was recently awarded by the manufacturer. Grizzle was one of 10 educators chosen from over 100 applicants to receive a MakerBot Cupcake CNC Deluxe Kit, a tool that will instantly make him one of the most innovative teachers in the world.

The MakerBot Cupcake CNC is an affordable, open source 3D printer that turns digital designs into physical objects. The Cupcake CNC starts by drawing a picture of the first layer of an object in plastic. It then raises the extruder up 1/3 of a millimeter and draws the next layer. When all the layers are complete, the user has manufactured a 3D object from an original or an open source design. MakerBot users have created everything from model cars to robot parts, engagement rings, referee whistles and chess pieces.

MakerBot launched the competition for the 3D printer over the summer, with the goal of getting more MakerBots into teachers’ hands and giving them creative tools that will inspire young people to use their imaginations and creativity. Applicants submitted proposals for how they would integrate the MakerBot into their curriculum, including a description of the learning environment, the subject they teach, and a lesson plan to be implemented if awarded the MakerBot. Winning proposals were chosen based on clarity, innovation and curriculum integration. The ten winners will document their experiences with the MakerBot on the MakerBot Educators Google Group so other teachers can be inspired by their experiences with the technology.

About the ACLC and MakerBot Industries:

MakerBot Industries was founded in 2009 on hardcore open source principles, and its machines are engineered to be hacked straight out of the box. MakerBot Operators share their digital designs on Thingiverse, a digital design community where anyone can share and download 3D designs for free.

MakerBot Industries was recently named as one of the top 20 startups in NYC, and has been featured in Wired, Make: Magazine, the Wall Street Journal, IEEE Spectrum, CNN, Financial Times, NPR, the Economist and others.