You are here: Home › Empire and the National Collegiate Paintball Association Team Up for High School Paintball Day
By Liisa Sullivan on July 30, 2010 in All Stories Index, Regional Events

CitizenWire COLUMN: Playing paintball to foster team building? You bet! Corporations play paintball to create ice breakers, to break down barriers and to promote positive team-building skills. So, why not encourage those skills before getting into the rat race?

Well, one group, the National Collegiate Paintball Association (NCPA) has stepped up to the plate. The NCPA, along with Empire Paintball, have partnered with many local paintball fields across the nation to provide an inexpensive opportunity for high school students and their friends to gather and enjoy the game of paintball!

High School Paintball Day (HSPBDay) will take place on September 25, 2010 and high school students are encouraged to invite all their friends, even those who have never played paintball before! HSPBDay is a one-day event where high school students can head to their local field to play paintball with other students from their own and other nearby high schools. It’s a great opportunity for new players to give paintball a try, to get to play with their friends and to meet new ones.

NCPA High School Events are focused on being fun and affordable for players of all playing levels. Player registration opens August 1. The $44 fee includes admission, unlimited air, and 500 rounds of paint. You may add a complete rental setup for only $5 more! You can also earn incentives for inviting your friends. Each friend you invite who plays gets a $5 credit towards the future play at your field; there is no limit on the number of credits a player can earn. And each player who brings at least five friends gets an extra $5 bonus! 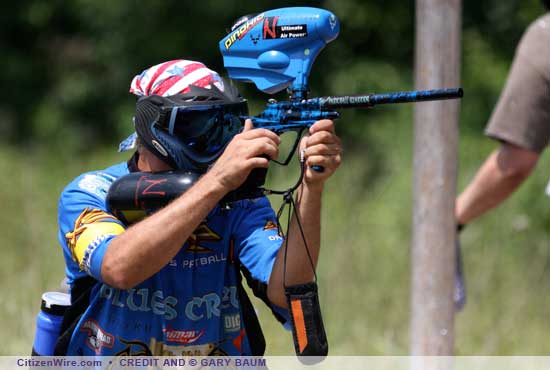 In addition, the 2011 season is coming and high school events will be scheduled nationwide. The NCPA is already hard at work. In addition to college events being added to the calendar now, in July they will also be announcing the details of their new, nationwide High School Paintball League, leading up to 10 Regional Championship Events where winners will get a free trip to the 2011 NCPA High School National Championships in April.

“Playing paintball with people who are local to you is a great way to create life-long friendships,” says Chris Raehl, president of the NCPA.

The NCPA runs a nationwide college paintball league designed to provide a friendly, quality, inexpensive way for players to try competitive paintball and improve their abilities; it also financially subsidizes competition within its leagues.

Similar services are provided at the high school level in an effort to encourage paintball participation at an earlier age and consequently provide college paintball with more experienced students to help the NCPA develop as many athletes as possible.

View all posts by Liisa Sullivan →