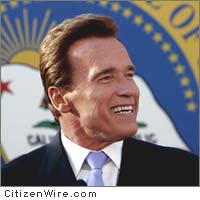 “Maria and I were devastated to learn of the death of Petty Officer 2nd Class McNeley, a brave sailor who made an incredible sacrifice to defend the U.S. His selfless act and legacy of honor and devotion to this country will be remembered forever. On behalf of all Californians, we extend our deepest sympathies to Justin’s family, friends and fellow sailors as they mourn this deeply tragic loss.”

In honor of Petty Officer 2nd Class McNeley, Capitol flags will be flown at half-staff.