You are here: Home › Students Learn More by Addressing World Problems Online Than by Sitting in Classrooms
By Roderick Kinnison on May 11, 2010 in Internet, National News 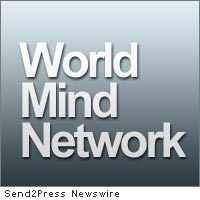 LOS ANGELES, Calif. (CitizenWire) — As the Gulf oil spill inched closer to land last week, hundreds of fishermen, tourists, and local officials sent text messages, tweets, and cell phone videos to share their experience with the world. Many of these were monitored by tracking sites, which in turn were watched by high school students on their home computers and smart phones; many of whom were part of the World Mind Network.

The students then verified and condensed the information and relayed it to authorities who could alert the right people at the appropriate time. This was modeled on a program which did the same thing for victims of the February 27 Chile earthquake (www.chileearthquaketweettracker.net).

These projects are the result of collaborations between schools, the World Mind Network, and Education students at Union College.

Says John Toomey, co-director of the WMN, “Social Networking, blogs, and online videos are the greatest tools for solving the world’s most intractable problems the planet has ever seen, because they allow communication, collaboration, and brainstorming by millions of people around the globe almost instantly. Schools, governments, and corporations, are largely ignorant of this. But the more you experiment with it, the more amazing things you can achieve. All that’s needed is imagination to put the pieces together. And students, because they grew up with Web 2.0, are the ideal instigators of change.”

The “problems” students solve need not be disasters. One goal of the WMN is to preserve cultural forms which are threatened by, ironically, the Web itself.

Example; The “Chastushka” is a short Russian poem, somewhat equivalent to the limerick, which is fading in popularity as children in Russia, mesmerized by video games and social networking, lose interest in reading or writing poetry, like their counterparts everywhere. Chastushkas.net is a World Mind Network project which allows students in the U.S. and Russia to write and share chastushkas in both Russian and English, as an entree towards discovering each others’ culture. Similar projects are underway in China, Mexico, Indonesia, India, Kenya, and Brazil.

Other WMN members are tracking down and sharing the best of the vast Web resources available to teach and inspire pupils about science (www.scienceeducationforum.org). This assists students in rural and third world areas to gain access to learning which local schools can’t hope to provide.

For more information, including how to suggest a project, see www.networkingprojects.org or write the WMN at worldmindnetwork@gmail.com .

News Source: World Mind Network :: This story was issued by Send2Press® and is Copyright © 2010 Neotrope® News Network – all rights reserved. Published on CitizenWire™ under license.