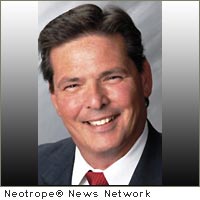 SAN DIEGO, Calif. (CitizenWire) — Event Media, Inc., announced that the Hon. Jerome Stocks, Chairman of SANDAG (San Diego Association of Governments), will be cycling in this year’s San Diego Century Bicycle Tour, to be held Saturday, May 21 beginning and ending at MiraCosta College in Cardiff. An avid cyclist, Stocks will be riding the 103-mile course alongside his 15-year-old son, James, who will be participating in his first century ride.

“This is my first time taking part in the San Diego Century,” said Stocks, deputy mayor of Encinitas, which plays host to the San Diego Century. “My son and I have been training very seriously for this event. Many families have a thing that they do – fishing, surfing, gardening, that sort of thing. With our family, it’s been cycling.”

It will be a busy time for Stocks as he will also participate in the annual “Bike to Work Day” on Friday, May 20 which supports bicycling as a viable, environmentally-friendly commute choice. “I’m challenging my fellow members of the board of directors at SANDAG to join me on Bike to Work Day,” said Stocks.

SANDAG, which comprises 18 cities and county government, oversees Bike to Work Day, which attracted more than 5,000 cyclists in San Diego County in 2010 and expects 6,000 participants this year. This year, it has been expanded to Bike to Work Week (May 16-20). The San Diego Century Bicycle Tour, one of the most anticipated events on the local cycling calendar, will cap an exciting week of cycling in the county.

The San Diego Century Bicycle Tour is a choice of 37, 66, or 103-mile bicycle ride through North County San Diego coast and east county starting and finishing with food, fun and music at MiraCosta College in Cardiff, California.

The cycling courses provide riders with an opportunity to taste the hills with both varying elevation gains and tasty cuisine at the aid stations and finish line. Hills on the courses range from moderate on the 37-mile course to challenging on the 103-mile course.