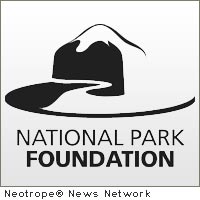 Consumers can access the voting by visiting www.lowes.com/give or on Lowe’s Facebook page. Each individual is able to cast a vote once per email address daily through January 21, 2011. The final percentages of votes for each charity will be posted on the Lowe’s website by midnight on January 26.

As part of the challenge grant campaign, each of the competing charities is guaranteed $100,000. Public support through an online voting campaign will determine how the remaining $600,000 will be allotted to the four charities. Funds raised for the Foundation through this campaign will support national park restoration and preservation efforts, connect under served communities to their parks, and give disadvantaged children the opportunity to experience their national parks for the first time.

About The National Park Foundation:

You are the owner of 84 million acres of the world’s most treasured landscapes, ecosystems, and historic sites — all protected in America’s nearly 400 national parks. Chartered by Congress, the National Park Foundation is the official charity of America’s national parks. We work hand in hand with the National Park Service to connect you and all Americans to the parks, and to make sure that they are preserved for the generations who will follow. Join us in supporting your national parks — this is your land.