You are here: Home › Reports of the death of long-term care insurance are highly exaggerated, according to LTC Financial Partners LLC
By Roderick Kinnison on November 16, 2010 in All Stories Index, Health, National News, Opinion 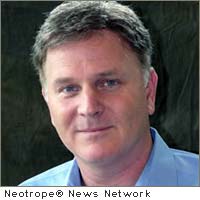 KIRKLAND, Wash. (CitizenWire) — Reports of the death of long-term care insurance are highly exaggerated, according to LTC Financial Partners LLC (LTCFP), one of the nation’s largest and most experienced LTCI agencies. Last Thursday, when MetLife announced it would stop selling new LTCI coverage, “It wasn’t the end of the world,” says Cameron Truesdell, LTCFP’s CEO. “The industry is not in decline. Quite the opposite. Our best days lie ahead.” Truesdell supports this claim with two facts that are hard to deny.

First, the need for long-term care is huge and growing. According to the U.S. Department of Health and Human Services, at least 70 percent of people over age 65 will require some long-term care services at some point in their lives. And Prudential Financial Inc. notes that 74% of consumers ages 55 to 65, polled for a recent survey, said they are concerned about needing some kind of long-term care. “That’s about three in every four of us,” says Truesdell.

In addition, nearly 80 million baby boomers are now transitioning into retirement. With about three fourths of them likely to need care in the not too distant future, “think of the implications on how to pay for it,” says Truesdell. He predicts that LTCI policy sales will accelerate. His own organization is already experiencing increased demand. For three years in a row — 2008, 2009 and 2010 — Inc. Magazine has named LTCFP one of the 5,000 fastest-growing companies in America.

The second reason LTCI’s best days may lie ahead is the scarcity of good ways to pay for care, other than private insurance. “Consider the alternatives,” says Truesdell. “They all leave a lot to be desired.”

– Medicaid, currently the largest source of LTC funding, is available only to impoverished citizens or those who impoverish themselves by exhausting their assets. And budget-strapped states are looking to ease their Medicaid burdens.
– Health reform’s long-term care provision, the CLASS Act, has uncertain prospects. If it survives Republican challenges and becomes operational, it will cover only part of potential care needs, and only for eligible employed people after a five-year waiting period.
– Self-funding for long-term care works well only for the wealthy. With annual expenses that can exceed $100,000, the rest of us may deplete our resources after a few years.
– Care provided by a family member can take the place of professional care, but only at great personal expense, usually by women who sacrifice earning power, freedom, and — often — health.
Truesdell draws a parallel between the LTCI and auto industries. “Originally there were hundreds of car manufacturers. Most of them left the business, but that didn’t mean the industry was on a path to extinction. When it got down to the Big Three — Ford, General Motors, and Chrysler — that’s when car sales really zoomed.”

Truesdell acknowledges that the LTCI industry is experiencing growing pains, and that some carriers may need to refine their offerings and raise rates, “but that’s healthy,” he says. “Sound policies, with a solid company behind them, are worth their cost; they’re one of the wisest investments a person can make.”

Truesdell also reassures LTCFP clients who have purchased MetLife policies. “MetLife has reiterated their commitment to their current LTCI policyholders and certificate holders. And they’ve assured us they will keep up their same level of quality service, particularly at claim time.”

Currently LTCFP — http://www.ltcfp.com — offers long-term care insurance policies from several leading carriers. The company is a founding sponsor of the 3 in 4 Need More awareness campaign, a public service of the non-profit 3in4 Association.

In January of this year, LTCFP announced the formation of a new affiliate, Reverse Mortgage Direct, LLC (RMD), a marketer of reverse mortgages. Proceeds from a reverse mortgage may be used for LTCI premiums, or to pay for care if a person does not qualify for a long-term care policy. Says Truesdell, “LTCFP is committed to exploring all possible remedies for the long-term care crisis, such as offering products that are alternatives to or synergistic with long-term care insurance.”