You are here: Home › 2011 Student Freedom Ride: 40 college students from around the country will retrace the historic rides of ‘Freedom Riders’
By Roderick Kinnison on November 12, 2010 in All Stories Index, National News, Regional Events 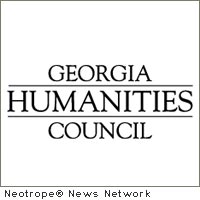 The film will premiere nationally on PBS on May 16, 2011 in conjunction with the 50th anniversary of the original “Rides.” The acclaimed film tells the inspirational and powerful story of the 1961 Freedom Rides and the more than 400 black and white men and women who, using non-violent tactics, risked their lives to challenge segregated facilities in the South in 1961.

In conjunction with the broadcast, “American Experience” will also host the 2011 Student Freedom Ride, in which 40 college students from around the country will retrace the historic rides, including stops in Augusta and Atlanta. Students can apply to join the ride at http://www.pbs.org/freedomriders .

Screenings and discussions feature special guest scholars and authors, along with some of the original Freedom Riders. These programs will provide Georgians the opportunity to learn more about this important period in our country’s history and to engage in conversations about race, equality of opportunity, civility and civic engagement.

The Georgia Humanities Council (www.georgiahumanities.org) is a statewide nonprofit organization working to ensure that humanities and culture remain an integral part of the lives of all Georgians. The Council serves the state of Georgia through its grant program and projects, and increases awareness about the history, stories, and ideas that inform our lives, so that we can make better decisions for the future.

“American Experience,” television’s most-watched history series, has been hailed as “peerless” (Wall Street Journal), “the most consistently enriching program on television” (Chicago Tribune), and “a beacon of intelligence and purpose” (Houston Chronicle). On air and online, the series brings to life the incredible characters and epic stories that have shaped America’s past and present. Acclaimed by viewers and critics alike, American Experience documentaries have been honored with every major broadcast award, including twenty-four Emmy(R) Awards, four duPont-Columbia Awards, and fourteen George Foster Peabody Awards, one most recently for “Two Days in October.”