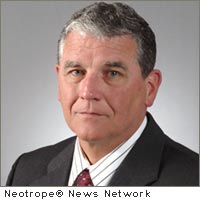 The Thermal Angel Blood and IV Fluid Infusion Warmer is a patented medical device that is being used by U.S. hospitals and military and emergency responders around the globe to lessen the effects of fluid-induced hypothermia.

“We are very excited to welcome Lt. General Carlton to the Board of Advisors,” says Jay Lopez, president and CEO for Estill Medical Technologies, Inc. “We are confident that he will be a valuable asset in many areas, including new product development for specific military medical needs.”

Dr. Paul K. Carlton, Jr. has a B.S. from the U.S. Air Force Academy and a doctorate of medicine from the University of Colorado. He currently serves as Director to the Office of Innovations and Preparedness for The Texas A&M University System Health Science Center. Prior to this, he was the Air Force Surgeon General from 1999 to 2002.

As the Surgeon General, he served as a functional manager of the U.S. Air Force Medical Service. He had authority to commit resources, worldwide; to make decisions affecting the delivery of medical services; and to develop plans, programs and procedures to support peacetime and wartime medical service missions.

His vision for medical care in the combat zone led directly to the nation’s current best survival rate in the history of warfare.

The Thermal Angel uses advanced technology which regulates the temperature of blood or IV fluid almost 5,000 times per second. It requires only 30 seconds to set up and to start delivering warm fluid. It’s also disposable and lightweight (only nine ounces).

“We continue to work on new products with innovative technology that can be adapted to any health care environment,” adds Lopez.