You are here: Home › Musicians Steve Carlson and Darren Sher collaborate on song about the dreams of becoming a parent
By Roderick Kinnison on October 1, 2010 in All Stories Index, Entertainment, National News, Videos 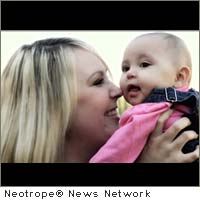 LAS VEGAS, Nev. (CitizenWire) — The Sher Institute for Reproductive Medicine (SIRM) announced the release of a new song and video inspired by and dedicated to couples dealing with infertility. The song, entitled “I Believe,” was co-written and produced by Darren Sher, son of SIRM Founder and Executive Director Geoffrey Sher, MD.

Dr. Sher has been treating infertility patients for almost three decades. His son Darren grew up watching him dedicate his life to helping couples reach their dream of parenthood. Now an accomplished musician and producer, Darren recognized the inherent compelling drama in the patients’ experiences and discussed with his father the concept of a theme song that would serve as both a tribute and an inspiration to infertile couples everywhere.

“I Believe,” sung by musicians Steve Carlson (who co-wrote the song with Darren) and Rosalee (Darren’s wife), poetically articulates the hopes and dreams of infertility patients as well as their courage and determination. It was written to honor those that have worked so hard to build a family. The video features real infertility patients and their families.

“Through the years I would often come home and discuss with my son Darren the personal struggles I witnessed. He understands the emotions involved with Infertility and has also seen the resulting happiness these families achieve through treatments,” said Dr. Sher. “But, the lyrics are applicable to any life situation – it is a truly moving song and our patients have expressed that it captures the essence of the journey.”

The video can be viewed at www.haveababy.com/news-menu/230 .

The song “I Believe” can be downloaded at http://www.thesoundparlor.com/ . Steve Carlson and Rosalee are established musicians who dedicated their time and talents to the project.

The Sher Institute for Reproductive Medicine is a national network of fertility clinics specializing in cutting-edge technology, personalized treatment and compassionate care. SIRM Founder Dr. Geoffrey Sher established the first private In Vitro Fertilization (IVF) program in the United States in 1982. Dr. Sher and his colleagues have been influential in the development of dozens of important breakthroughs in the field of reproductive care. More information about the Sher Institute for Reproductive Medicine is available at www.haveababy.com .