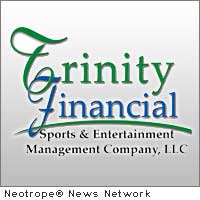 WALL, N.J. (CitizenWire) — “Wall Street Whiz Kid” Peter Grandich, who works with current and former NY Jets and NY Giants, has come to the aid of Jets Superfan “Fireman Ed,” who may be facing assault charges for allegedly shoving a Giants fan at the August 16 Giants-Jets preseason game at the new Meadowlands Stadium.

“Now I’ve seen everything,” said Peter Grandich, who co-founded Trinity Financial 10 years ago with former New York Giant and two-time Super Bowl Champion Lee Rouson. “Though I’ve been a Jet fan since childhood, I have both former Giants and Jets on my corporate advisory board, and I love both teams. For this guy to bring charges against Fireman Ed is just ridiculous.”

“This is not an attack on Jets fans, but Giants fans, too, and all fans who are passionate about their teams,” Grandich added. “Fireman Ed is truly the nicest, most genuine guy who if they cut his arm open, would bleed green and it would spell J-E-T-S. For a disgruntled Giants fan to drag Ed into court is a foul on all levels. Somebody throw the flag!”

“Fireman Ed will be vindicated, and so will Jets fans everywhere,” Grandich says.