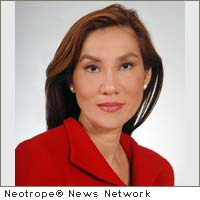 Bondroff is a well known figure in the Hawaii real-estate industry. Prior to forming her own company, she was a top performing agent for Century 21(R), consistently received that company’s top honors, and achieved a sales ranking in the top 10 out of almost 100,000 agents nationwide.

“After two years of owning my own real estate brokerage firm, it took an extraordinary opportunity for me to consider a merger. By joining forces with Elite, I can now focus my efforts on sales while having a great team and infrastructure to support me.”

Bondroff is tri-lingual in Vietnamese, French, and English and has a truly international background. Born and raised in South Vietnam, she has lived in Canada, Germany, France, New York, and Hawaii.

Elite Pacific Properties is located in the Aloha Tower Marketplace and is one of the top real estate brokerage firms on Oahu. The firm has been in the spotlight recently, starting when Mary LaVoie, one of the top volume real estate agents in Hawaii, left Choi International to join Elite. More recently, Kelly Mitchell, a prominent agent nationally known for her social media activities, left Prudential Locations after eight years to join Elite.

“We are very pleased to have Christine join Elite Pacific Properties as Director of Business Development,” noted Stephen Cipres, Elite’s Principal Broker, and one of the Top 100 REALTORS(R) in Hawaii. “I have admired Christine’s skills and accomplishments for years. It is especially gratifying that an agent of her stature, with her own brokerage business and sought after by several other firms, sees the benefits to being part of the Elite team.”

News Source for this Press Release: Elite Pacific Properties :: This news release was first issued by and is Copyright © 2010 the Neotrope® News Network – all rights reserved. Originally published on CitizenWire™.