You are here: Home › The Pit Stop Players, a thirteen-member instrumental ensemble, will play its opening concert of the 2010-11 season Sept. 27
By Roderick Kinnison on September 8, 2010 in All Stories Index, Music, National News 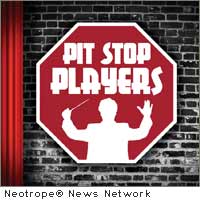 “Lots of contemporary classical composers, from Stravinsky to Bolcom, have been captivated by ragtime, and have written pieces that subvert, transform, or simply pay homage to the genre,” said Rosenblum (http://rosenblummusic.com/pitstop.html). “I thought it would be fun to put several of those pieces together on a program. That, plus we’re performing four world premieres. It should be very exciting.”

In addition to the Chesky violin concerto, the group will be premiering Michael Starobin’s Sleipnir, Steve Kenyon’s Das Lied von der Subway, and Rosenblum’s What If Bernard Herrmann Had Written Eleanor Rigby?

Rosenblum anticipates presenting three concerts with the Pit Stop Players this season, and says nearly any genre is fair game for their programs, including traditional and contemporary classical, jazz, rock, fusion, and film music. However, the primary emphasis will be on new compositions and arrangements, written and orchestrated specifically for the group.

Rosenblum, who was trained as a classical pianist, has led the orchestras for thirteen Broadway and Off Broadway shows, including Wonderful Town, Chitty Chitty Bang Bang, The Music Man, Miss Saigon and Dr. Seuss’s How the Grinch Stole Christmas. He is also the composer/creator of BUSH IS BAD, the hit Off Broadway satirical revue, and the composer/co-lyricist of Fermat’s Last Tango and Einstein’s Dreams. His instrumental music has been recorded on two CDs: Impetuosities and Sundry Notes, both on the Albany Records label. Rosenblum has written pieces on commission for Phil Smith, principal trumpeter of the New York Philharmonic; Ethel, America’s premiere post-classical string quartet; and the Chase Brock Experience dance troupe. He teaches Composing for Musical Theater at Yale University, his alma mater, and was recently awarded a grant from the Signature Theatre in Washington, D.C., as part of the American Musical Voices Project: The Next Generation.

Michael Starobin is an award-winning orchestrator and arranger working on Broadway and in Hollywood. He has orchestrated some of Broadway’s most innovative musicals, such as Falsettos, Sunday in the Park with George, Assassins (2004 Tony Award for Best Orchestrations) and Next to Normal (2009 Tony Award for Best Orchestrations). He was the conductor and orchestrator for Disney’s Hunchback of Notre Dame, and contributed orchestrations to Disney’s Once Upon a Mattress and the film versions of Chicago and Nine. Last year, the Queens Symphony performed the world premiere of his Sondheim Variations for string orchestra and percussion. Sleipnir is his second piece for the Pit Stop Players.

A three-time Grammy nominee is currently composer-in-residence for the National Symphony Orchestra of Taiwan. David Chesky’s works span both jazz and classical genres, and have earned him the distinction of being the only jazz composer ever to be nominated for a Grammy in the category of Best Contemporary Classical Composition. His operas and orchestral works have been performed all around the world. David has developed is own unique style of composition he calls Urban Orchestral. This music emanates from the sounds he hears on the streets of New York. Also a pianist, David performs with the Grammy-nominated group The Body Acoustic, an ensemble that performs a mixture of Latin jazz and 12-tone contemporary classical works. In addition to working with major classical orchestras, David has performed at the world-famous jazz club The Village Vanguard, as well as the Newport, JVC, and Monterey Jazz Festivals. Besides being a musician and composer, David is also known worldwide as one of the leaders in the advancement of technological research on high-resolution recording techniques. His comic chamber opera, The Pig, The Farmer, and The Artist, was performed to great acclaim as part of this past season’s NYC Fringe Festival.

A noted champion of new music, groundbreaking violinist and composer Tom Chiu has performed over 150 premieres worldwide by influential composers such as David Chesky, Virko Baley, Joan La Barbara, Oliver Lake, Alvin Lucier, and Somei Satoh, among many others. His discography includes recordings for the Innova, Koch, Mode, Sombient, Tzadik labels, and his premiere recording of Chesky’s Violin Concerto No.1 was picked as “Record of the Month” by Stereophile Magazine. In a cross-discipline context Chiu has created new mixed-media works with choreographers Eun-Me Ahn and Shen Wei, audio-video artists Phill Niblock and Elise Kermani, sculptor Ernesto Neto, conceptual balloonist Judy Dunaway, and director Lee Breuer from avant theater troupe Mabou Mines. His extensive work in film further showcases his creative versatility: as composer (Boris), solo fiddler (I Sell The Dead), voice-over artist (Chandni Chowk to China), and actor (The Man With One Red Shoe, with Tom Hanks). As founder of the FLUX Quartet, he has led — for over a decade — a pioneering new-music group which has become “legendary for its furiously committed, untiring performances.” (Alex Ross, The New Yorker) Chiu holds degrees in chemistry and music from Yale, along with a doctorate from Juilliard. He appears frequently as a commentator on contemporary music and culture, and has served as panelist and consultant in a variety of artistic formats.

News Source for this Press Release: Pit Stop Players :: This news release was first issued by and is Copyright © 2010 the Neotrope® News Network – all rights reserved. Originally published on CitizenWire™.