You are here: Home › ‘Going Well’ is a new treatment for Irritable Bowel Syndrome (IBS)
By Roderick Kinnison on August 26, 2010 in All Stories Index, Medical, National News, Videos 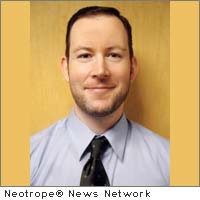 In fact, recent clinical and research findings have demonstrated that the Cognitive-Behavior Therapy components used in Going Well(R) have led to dramatic decreases in the distress and interference associated with the symptoms of Irritable Bowel Syndrome.

Going Well focuses the attention on how Irritable Bowel Syndrome patients think and react to their various gastrointestinal sensations, and helps them to problem-solve the issues that pertain to coping with life’s stressors.

“We help people get their life back,” says Jayson Mystkowski, Ph.D., founder of Going Well.

Going Well is an individual, weekly Cognitive-Behavior Therapy program that lasts for approximately 10 to 16 hourly sessions, but treatment time may vary.

“Some people pick up very quickly and are easily motivated,” explains Mystkowski. “Others may take a bit longer due to additional complications such as depression or an eating disorder.”

News Source for this Press Release: Cognitive Behavior Associates :: This news release was first issued by and is Copyright © 2010 the Neotrope® News Network – all rights reserved. Originally published on CitizenWire™.