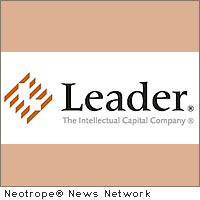 The jury concluded that Facebook literally infringes all of the asserted claims of Leader’s patent, and that the published prior art cited by Facebook did not anticipate or make obvious Leader’s invention. Facebook had alleged numerous technologies that predated Leader’s invention, but these were rejected by the decision.

The jury found for Facebook when they agreed with Facebook’s claim that the patent was invalid due to commercial activity by Leader prior to the patent’s issuance.

Company founder and CEO Mike McKibben said: “We are very pleased with the jury’s findings that Facebook infringes our patent. We were disappointed with the invalidity finding, and will ask that it be set aside. We believe that Facebook presented no ‘clear and convincing’ evidence that would invalidate our patent.”

Attorney Paul Andre from King & Spalding, the firm that represented Leader, said that if the invalidity finding regarding commercial activity is set aide, the jury’s decision that Facebook infringes Leader’s patent will stand.

Both Facebook and Leader will present briefs to the court beginning on Monday, and the case will remain in litigation for some time.

Leader Technologies Incorporated is located in Columbus, Ohio and offers other communications and alerting products and may be reached thru Jim Sobwick at 614-890-1986 or online at www.leader.com .

News Source: Leader Technologies Incorporated :: This news story was first issued by and is Copyright © 2010 the Neotrope® News Network – all rights reserved. Originally published on CitizenWire™.