You are here: Home › Which Is Best for You: Public or Private Long Term Care Insurance?
By Topher J. Zane on June 6, 2010 in Health, National News 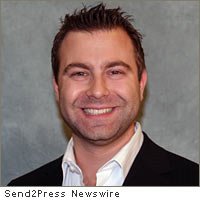 KIRKLAND, Wash. (CitizenWire) — The CLASS Act, part of the new health reform law (the Patient Protection and Affordable Care Act), will offer a type of long term care insurance for working people and others who may become disabled. But confusion and doubt are widespread. “Many wonder how the CLASS Act will affect them personally,” says Jonas Roeser, Senior Vice President of Marketing & Operations for LTC Financial Partners LLC (LTCFP), one of the nation’s most experienced long term care insurance agencies.

“CLASS” stands for Community Living Assistance Services and Supports; and the program, a legacy of Senator Edward Kennedy, is intended to offer new choice and security for millions now at risk. But, “we find that most people don’t know what to make of the law or how to proceed,” says Roeser. “On one hand, many hope the CLASS Act can take care of their long term care needs. On the other hand, they’re not sure. They wonder if private LTC insurance may be better for them. They’re conflicted and stymied.”

To help clarify the matter, LTCFP has released an informational video, featuring Roeser, and a digital publication, the 2010 Long Term Care Guide, Including Healthcare Reform Update. Both are available free at http://www.ltcfp.biz/long-term-care-guide/ .

The digital guide and video will answer questions like these:
* If the CLASS Act program doesn’t become operational until 2012, 2013 or later, what are the risks of waiting to decide between that and private long term care insurance?
* With the public plan, I hear people will need to pay premiums for 5 years before becoming eligible for benefits; how does this compare with private LTC insurance?
* How much are long term care services likely to cost should I need them; and will the public plan pay enough benefits to cover all those costs?
* If I get a private LTC policy now, could I later decide to enroll in the public plan too, for extended benefits?
* I hear millions will be automatically enrolled in the public plan, with payroll deductions, unless they opt out. What should I do?

LTCFP is a founding sponsor of the “3 in 4 Need More” campaign – http://www.3in4needmore.com – which seeks to inform the public that “at least 70 percent of people over age 65 will require some long-term care services at some point in their lives,” according to the U.S. Department of Health and Human Services.

News Source: LTC Financial Partners LLC :: This story was issued by Send2Press® and is Copyright © 2010 Neotrope® News Network – all rights reserved. Published on CitizenWire™ under license.