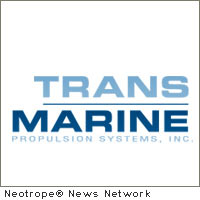 SEATTLE, Wash. (CitizenWire) — CORRECTION: On March 9, Trans Marine Propulsion Systems (TMPS) issued a press release that included errors, corrected here. The release stated that TMPS had secured a sales and service agreement from Valley Power Systems for the Volvo Penta Industrial Diesel line, and that TMPS will be providing sales and service for the west coast of the United States, which includes Alaska and Hawaii, and to British Columbia, Canada.

The agreement does NOT include British Columbia, Canada.

“We regret these errors, which happened due to clerical error, and want to set the record straight,” says Shane Roeser, President of TMPS.

TMPS is known worldwide for their diesel service and engineering department. The company maintains locations in Seattle, Washington, and Tampa, Florida.

TMPS services most makes and types of diesel engines, including medium-speed and slow-speed engines for the marine industry and for diesel power plants. “We are one of the world’s few service facilities that offer this range of experience,” says Herbert Roeser, TMPS’s Chairman.

More information is available on Yanmar Corporation of Japan and the Volvo Penta Industrial Diesel Engine Line at www.transmarine.org or 206-282-9142.

A list of key clients and testimonials may be found at www.transmarine.org/about-us/testimonials/clients .