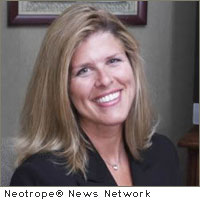 KIRKLAND, Wash. (CitizenWire) — According to the U.S. Department of Health and Human Services, at least 70% of Americans over 65 will need long-term care services at some point. And Prudential Financial Inc. notes that 74% of consumers age 55 to 65 (about three in every four of us) polled for a recent survey said they are concerned about needing some kind of long term care. “Yet nearly 54% of Baby Boomers, now entering their retirement years, believe Medicare or health insurance will cover their long-term care needs, when they won’t,” says Denise Gott, Chairman of the Board of LTC Financial Partners, LLC (LTCFP), one of America’s most experienced long term care insurance agencies. “This is a recipe for disaster.”

She will set the record straight in a recorded 10-minute interview on the 21st Century Business, the award-winning series. The segment will be aired in major metropolitan markets across the nation during March and April. Carriers include the Fox and CNBC cable networks as well as more than a dozen cable stations run by universities (Princeton, Rutgers, Dartmouth, and others).

“There’s a big awareness gap,” Gott says. “Millions of us are at risk and don’t know it.” This gap jeopardizes employee productivity as well as retirement assets, which can be decimated by uninsured care expenses, she asserts.

For those unable to view the interview on 21st Century Business, a video recording has been posted on YouTube: http://www.youtube.com/watch?v=ut_vvKyne9o .

In her interview, Gott touches on the following topics, among others:
* The limits of Medicare, Medicaid, and health reform;
* The need for long term care insurance;
* How to choose the right plan;
* How companies can protect employee productivity by informing employees of long-term care risks;
* Special advantages to securing long-term care insurance through a company program;
* Why unprotected women are at greater risk than men.

“Appearing on 21st Century Business is an honor and a privilege,” Gott says. “It gives me the chance to help millions of Americans address a critical issue.”

Gott’s organization, LTCFP, is a founding sponsor of the 3 in 4 Need More campaign — http://3in4needmore.com — an industry effort to inform the public that health insurance isn’t enough; Americans also need a long-term care plan. More information about LTCFP is available at http://www.ltcfp.com .