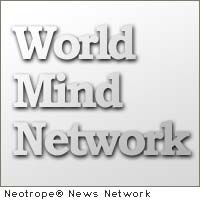 The experiment is based on the fact that popular Web phenomena like Skype, Facebook, YouTube, Twitter, and Google apps are rarely used in combination with each other to effect real change in the developing world. Formulas have been developed which use each of these, as well as Smart Phone apps, to build and scale projects quickly and efficiently. As programs grow, they are designed to divide into new units and grow, like amoebas, so that more student leaders can join.

Each student participant is paired with an enterprise adhering to international Fair Trade standards, and/or with a classroom belonging to iearn.org, a group which arranges electronic communications between schools around the world.

The team thus assembled then directs a research project which not only brings change to poverty-stricken communities, but carefully documents results so that successful strategies can be duplicated elsewhere. The Mendenhall Foundation will award two $10,000 cash prizes for the best project: one for the student committee and one for the village.

Says project coordinator Sarah Mendel, “Students study the developing world all the time, but are rarely given a chance to bring about real change, in a way which can be documented and reapplied elsewhere. It turns out that social networking, Web 2.0 and Smart Phone apps, which are mere toys or conveniences to most people, are actually brilliantly suited to this task.”

Most projects have both a practical goal aimed at immediate benefit (i.e., using solar ovens to decontaminate drinking water and therefore save trees from being used as firewood), and a more abstract research objective (discovering whether simple actions at the village level can sequester CO2 in significant amounts). Each project is based on an objective which is specific, testable, actionable immediately, and combines in full measure student creativity with the native wisdom of the villagers. Each must lead to improved local livelihood, while decreasing carbon footprints and preserving habitats for flora, fauna, and people.

The Holloway Trust and Chilam Foundation plan to permanently fund those projects which show long-term sustainability.

Each project results in a win-win situation for both village and student: the rural community gets plugged into the world via the Internet, and the student owns a niche on the Web which will permanently serve as a nexus for future research.

The basic formula behind each project is that for every 10,000 people reached via social networking about a sustainability or environmental issue in Africa, Asia, the Middle East or Latin America, 850 will pass on the information to others via their own networks, 75 will contribute valuable ideas for improving the project, 55 will purchase Fair Trade goods, 40 will be inspired to start a similar program of their own, 30 will donate funds, and 3 will actually want to volunteer to help in person. Refining this general formula for every country and situation is one of the chief goals of this program. Suggestions for future projects are welcome.

For more information write to worldmindnetwork@gmail.com or visit http://networkingprojects.org or call (626) 230-8862.