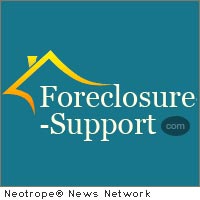 Foreclosure-Support business analyst John Clark was careful to point out the difference between bank repossessions and new foreclosures when assessing the statistics.

“Bank repos occur after a home has been in foreclosure for some time,” Clark remarked. “After the homeowner’s allotted time to pay off the debt runs out, the banks start repossessing.”

Many experts believe that this could signal an opportunity for foreclosure investors, as banks dealing with surplus inventories will be looking to unload, even if it means getting a lower return.

“It’s certainly a great time to look into buying bank owned homes,” Clark said. “With so many bank repos on the books, I wouldn’t be surprised to see some startlingly low prices. The problems behind the foreclosure crisis are still there, and there will still be plenty of new homes on the foreclosure market.”

Despite the rise in REO and bank repossessions, many states still recorded more Notices of Default, the first stage of foreclosure, than repossessions during the second quarter, indicating that the problems behind the foreclosure crisis astir exist. These states include California, Florida, Utah, Illinois and Nevada. But due in part to the record number of bank repossessions, the total foreclosures in states like Arizona, Georgia, Idaho, Colorado, Florida and California actually dropped from the first quarter to the second. Only one state in the Top 10, Nevada, saw its foreclosure totals increase, rising by 10%.

Many are expecting the upward trend in bank repossessions to continue, and experts predict the total of bank repossessed homes could top out at one million before the end of the year.

For more information on foreclosure properties and bank repossessions and to browse detailed foreclosure listings for properties all over the nation, visit www.Foreclosure-Support.com .

News Source for this Press Release: Foreclosure-Support.com :: This news release was first issued by and is Copyright © 2010 the Neotrope® News Network – all rights reserved. Originally published on CitizenWire™.