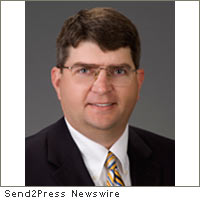 ATLANTA, Ga. (CitizenWire) — The recent U.S. economy rebound is expected to continue and housing looks to be bottoming out, Federal Reserve Bank official Michael Chriszt will tell the Georgia Association of Business Brokers at a meeting Tuesday, May 25, 2010.

Michael Chriszt, an assistant vice president with the Federal Reserve Bank of Atlanta’s research department, thinks the current economic rebound is sustainable because most sectors are up. Mr. Chriszt will describe factors in this upturn in economic activity and share his thoughts about where the economy is headed at the monthly meeting of the Georgia Association of Business Brokers (GABB).

“The financial system continues to heal and the worst appears to be over for housing,” said Mr. Chriszt, who is responsible for the Atlanta Fed’s Regional Economic Information Network (REIN), which supports the Bank’s monetary policy role. “Manufacturing is running at a strong pace and most services are performing better. And, most importantly, labor markets are on the upswing.”

Mr. Chriszt’s speech and the GABB’s meeting are both free and open to the public, and will be held on Tuesday, May 25, 2010, at the South Terraces Conference Center, 115 Perimeter Center Place, Atlanta, GA, 30346. Networking begins at 9:45 a.m. with a free light breakfast before the group’s 10:30 a.m. meeting

The Georgia Association of Business Brokers (www.gabb.org) is the state’s only professional organization and Multiple Listing Service dedicated to buying and selling businesses and franchises. An experienced GABB business broker can help a buyer find businesses for sale, negotiate a fair price and obtain financing. A broker can help an owner evaluate and price a business, market and advertise to prospective buyers, negotiate and close a deal. The GABB Web site lists hundreds of businesses for sale throughout Georgia, as well as around the country.

Michael Chriszt is an assistant vice president with the Federal Reserve Bank of Atlanta’s research department. He is responsible for the Regional Economic Information Network (REIN), which supports the Bank’s monetary policy role.

Previously, Mr. Chriszt served from 2004 to 2008 as director of international and regional analysis with responsibility for analysis of economic conditions in the Sixth Federal Reserve District as well as international economic developments. Mr. Chriszt joined the Bank in 1989 and moved to the research department in 1990.

While at Miami University in Ohio, Mr. Chriszt received two bachelor’s degrees, one in history and one in diplomacy and foreign affairs. There, he also earned a master’s degree in political science with emphases on international economics and comparative politics. He has also received a certificate of study of the European Union. Mr. Chriszt is a graduate of executive education programs at Duke University’s Fuqua School of Business and the University of Virginia’s Darden Graduate School of Business Administration.

Mr. Chriszt is a member of the National Association of Business Economists and chair of the group’s Regional Economics Roundtable. He is also a member of the board of executives of the Center for Paper Business and Industry Studies. A native of Cleveland, Ohio, Mr. Chriszt is married to Maxine and they have five children.

News Source: Georgia Association of Business Brokers :: This story was issued by Send2Press® and is Copyright © 2010 Neotrope® News Network – all rights reserved. Published on CitizenWire™ under license.