You are here: Home › FESPACO – the 22nd Pan African Film and Television Festival
By Roderick Kinnison on September 20, 2010 in All Stories Index, Entertainment, National News 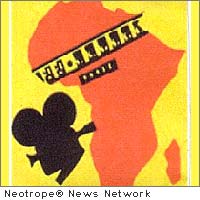 Organized every two years since 1969, FESPACO has grown to become the largest film festival on the African continent, and the leading authority on African films. The 40th anniversary celebrated in 2009 underscored the leadership role and trajectory for film development in Africa.

FESPACO provides an international forum for the distribution of African films, networking for filmmakers, and the exchange of ideas on film produced in Africa, and the Black Diaspora.

The general theme for the week long festival “African Cinema & Markets” aims to focus on the need for better distribution channels for African produced films. This is the year for global partnerships with a view to new marketing channels.

Along with these activities, there will be side attractions like the arts and crafts vendors, entertainment galore, and the general festival ambiance akin to a cultural jamboree.

Access Africa, Inc., a New York based tour operator is offering a 10-day air/land package on Air Maroc from New York prices from $2750 plus tax. Delegates will have an opportunity to visit Casablanca en route; accommodation in the official festival hotel, Hotel Independence, conveniently centrally located in the city center; daily bus shuttle to events and other attractions.

News Source for this Press Release: Access Africa, Inc. :: This news release was first issued by and is Copyright © 2010 the Neotrope® News Network – all rights reserved. Originally published on CitizenWire™.