You are here: Home › Latest ‘Books to Bookmark’ List of 12 Interesting New Books from 2010 announced by Publishers Newswire
By Roderick Kinnison on December 31, 2010 in All Stories Index, Entertainment, National News 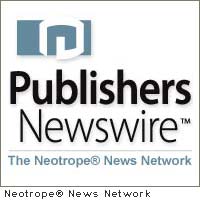 LOS ANGELES, Calif. (CitizenWire) — For the fourth quarter of 2010, Publishers Newswire (PNW), an online resource established in 2004 for small publishers, as well as lesser known and first-time book authors, has today announced its latest semi-annual “Books to Bookmark” list. This is a round-up of 12 new and recent books which may have been missed due to not originating from major New York book publishing houses, reality television “stars,” or other “big name” authors.

“In a year where e-books finally came into their own, outselling traditional print editions at some retailers like Amazon, there is still no shortage of books coming out ‘in print,’ the old fashioned way,” said PNW editor Christopher Simmons. “What we’ve seen this year is that while e-books used to be a ‘maybe’ proposition for authors and publishers, they are now a ‘must’ to get noticed by readers using mobile devices like the Kindle, Nook and iPad.” Simmons has been a working journalist for over 25 years, and has written widely on the topic of publishing, marketing, and e-books.

The following list of 12 books are provided as “worth a look” for media and booksellers, as well as avid readers of new and unique literary content. To learn more about these and other books (and e-books) in detail, visit: http://www.publishersnewswire.com .

MBD Consulting announced the release of “A Patzer’s Story” (ISBN: 978-1456037970, PublishAmerica, softcover, 82 pp), authored by its managing director, Timothy A. Sawyer. In the book, Sawyer outlines his battle with depression and draws parallels between that and his passion for chess. “A Patzer’s Story” contains 22 “rules” or axioms to help the reader navigate chess, and possibly life. For example, rule 7 reads: “Treat your opponent as you want to be treated;” and rule 7A advises: “Treat yourself as you want to be treated.” Timothy A. Sawyer is an IT Professional and managing director of MBD Consulting. He enjoys playing chess, but over the past year has found many things in life a challenge due to his ongoing battle with depression. He says, “Frustration breeds action,” so he decided to take things into his own hands and to channel this negative energy regarding recent losses. It was the writing of this book that cleared his head, and he now wishes to share his insights with the world.

* MarketPsych: How to Manage Fear and Build Your Investor Identity

In their new book, “MarketPsych: How to Manage Fear and Build Your Investor Identity” (ISBN: 978-0470543580, Wiley, hardcover, 240 pp), authors and Drs. Richard Peterson and Frank Murtha cite a number of factors as being crucial to developing an “investor identity”; they include assumptions, emotional hot-buttons, hidden motivations, financial values, personality traits, and stress coping techniques. The book was recently highlighted as one of three “Best Financial Books of 2010” by Kiplinger’s Personal Finance. In an easy and entertaining style that masks the book’s scientific rigor, the authors make complex scientific insights readily understandable and actionable, shattering a number of investing myths along the way. You will gain understanding of your true investing motivations, learn to avoid the unseen forces that subvert your performance, and build your investor identity – the foundation for long-lasting investing success.

Image Publishing, Inc. announced that its latest book, “Alabama Home Sweet Home” (ISBN: 978-0974703732, hardcover, Image Publishing, Inc., 398 pp), which profiles some of the states most famous natives, is now available for sale throughout the state and at major online book sellers. Randy Owen, former lead singer with the group Alabama, wrote the introduction and recounts fond memories of growing up in the state. The oversized coffee table book contains rare photographs and stories of 100 of Alabama’s most fascinating people and their accomplishments. “Alabama Home Sweet Home” is a book that celebrates the famous and noteworthy people who believe Alabama is a beautiful place to call home.

Renowned financial consultant Toussaint Gaskins has announced the release of “The Personal Finance Kit: The Practical Management Resource Guide” (ISBN: 978-1562297572, softcover, 207 pp) a user-friendly road map which he says is designed to “educate, enlighten and empower” readers and help them reach their financial goals. Touted for its comprehensive scope, “The Personal Finance Kit” addresses financial matters that are relevant to the average family. Says Gaskins, “Every household that uses money will find something of value in ‘The Personal Finance Kit.’ After reading and following the plan laid out in this book they will find that they are saving more, making smarter investments, paying off debt, securing their financial future and generally sleeping better at night.” A graduate of Morehouse College, Gaskins dove into the unpredictable waters of finance in 1993 when he landed a position with the Chapman Company in Baltimore. It was the beginning of what has turned out to be a long and illustrious career that, to this day, continues to include new and innovative challenges. In 2008, he was profiled in the money section of “The World Almanac For Kids.” In 2009 – 2010, he served as a public policy advisor to the Legislature of the U.S. Virgin Islands.

JDP Enterprises Publishing announced the release of the second book in the Surfing Payment Channels series, “Mastering the Fraud Tsunami” (ISBN: 978-0978869816, JDP Enterprises, hardcover). The series is being produced by financial services executive and payments expert, James D. Pitts. The series focuses on changes in the payments system as it evolves from paper to paperless. James D. Pitts, who has been a financial services technology executive for three decades, now works with the FSTC at the Financial Services Roundtable in Washington D.C. driving projects focused on utilizing better technology and process to support financial services industry improvements. Mr. Pitts organized contributive efforts from twenty-plus notable industry experts to complete this work. This collaborative effort features a significant cross section of perspectives on various crime methodologies and techniques as well as countermeasures to identify, mitigate and often prevent successful completion of the crime.

In his new book, “Conspired Redemption – A True Story of Winning in the Game of Life” (ISBN: 978-1453868249, CreateSpace, 276 pp), author Keith V. Dunbar recounts his journey from drug-infested streets and prison to entrepreneur. His engaging testimony encourages youth and adults to change their thinking in an effort to change their condition. Dunbar warns audiences about the serious drug conspiracy laws that are leading to mass incarcerations. And, he speaks from experience because he was charged with conspiracy to distribute and possession with intent to distribute cocaine base. During his 10-year stint in Federal prison, he reflected on the act and prepared for his release and future defense. It takes the reader through different mindsets and outlines the behaviors and conspiracies leading to his imprisonment. It discusses his time in prison where he learned how to play chess. He played in the prison yard and was soon beating everyone. Dunbar played in tournaments and quickly grasped the many positive concepts that chess represented. He saw value in its ability to build analytical skills and to strengthen memory.

In response, and in defiance to YouTube and Facebook account cancellations, the author known as RainMan penned “Black Man Hates Obama” (ISBN: 978-1450730006; RainMan SEZ, LLC; paperback, 374 pp) to express his frustration at what he feels is “warranted opposition towards the recklessness of the ‘Obama Reign of Terror.'” Although the entire book is written somewhat malcontentedly, the more controversial chapters include, “No Black Leaders to Admire,” where RainMan condemns “the black elitists for conspiring with an avowed racist white woman named Margaret Sanger to commit a heinous attack upon their own race, by encouraging blacks to abort their babies through eugenics.”

* Justice for All – Saving Justice in America

A new book, “Justice for All – Saving Justice in America” (ISBN: 978-1602646346, Virtualbookworm com Publishing, paperback, 270pp), focuses on hot-button issues such as illegal immigration, healthcare reform and government debt. For the past five years, the author, Dr. Erin Gilliland, has worked on this book and is now anxious to share his ideas on freedom, equality and justice for all. “Our country is at a serious crossroads,” says Gilliland. “We’ve gotten away from basic principles and, as a country, are in critical danger, economically and socially; we’re swiftly headed towards a steep cliff.” The book focuses on logic-based reasoning and common sense. For instance, in a state of freedom, people are free to make choices – good or bad – and those choices come with consequences – negative or positive. For people to truly be free, the government must let that play out without interference.

Author Konrad Ventana today announced, through his agent, the release of two new e-books now available through Amazon.com and Barnes & Noble. These new releases represent the first books of a series known to the literary cognoscenti as the Post-Lux Trilogy: “Book 1, A Desperado’s Daily Bread” (ISBN: 978-0595622177, iUniverse, Kindle edition is 1156KB); “Book 2, The Unbearable Sadness of Zilch” (ISBN: 978-1440158254, iUniverse, Kindle edition is 1646KB); “Book 3, Questing for Uberjoy” (est. 2011). The author, an American Scientist and Visionary, provides a unique view of the creative process and its varied sources. Using the pseudonym, Konrad Ventana, literally “Bold Counsel through a Window,” the author looks behind the scenes at the ideologies of our modern times and examines the potential for future development.

* Go and See: A Journey About Getting To Lean

Ascoli Publishing LLC announced the release of “Go and See: A Journey About Getting To Lean” (ISBN: 978-1610950084, softcover, 244 pp) by Robert B. Camp, BSE, MBA. Go and See makes a strong case that once a company goes “Lean,” it fireproofs itself from most of the chaos in today’s market – including competitors from countries with cheap labor. And the first step is to “Go and See.” It’s less a formal textbook than a coaching tool, pointing out the stones that lie just below the surface of the stream. At times it is also a fountain of hope for each organization that chooses to undertake the journey of Getting to Lean. Available through Ascoli Books Web site.

For more information on these and other books and entertainment publishing you likely have never heard of, visit: http://publishersnewswire.com/news/publishing-news/book-news .