You are here: Home › News: Scientology Volunteer Ministers Honored for Their Service to South Africa | CitizenWire
By Roderick Kinnison on August 17, 2022 in All Stories Index 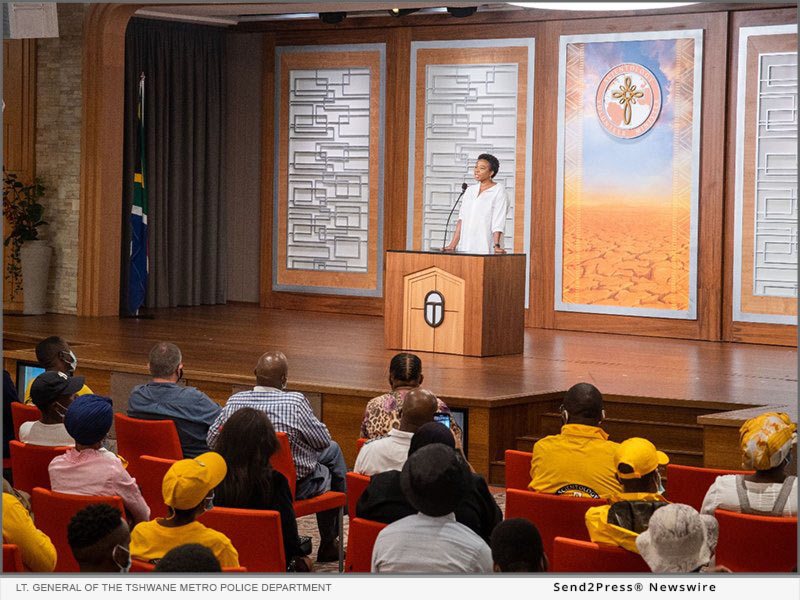 Those attending included the MEC (Member of the Executive Council) for Health of the Social Development Department and officials of the Department of Justice of Gauteng. South African Local Government Association (SALGA) was also on hand, along with National Disaster Management.

The Chief of Police of the Tshwane Metro Police, and Emergency Services of Tshwane, Joburg and Ekurhuleni, representative of Mogale City and many police officers of Gauteng attended as well.

The MEC of Health Gauteng, Dr. Nomathemba Mokgethi, and the MEC of Education, Mr. Panyaza Lesufi, acknowledged two Scientology Volunteer Ministers in particular who were part of the volunteer force since the lockdown began in 2020. They each contributed more than 2,000 hours of service to the community.

Other volunteers awarded contributed at least 100 volunteer hours, many of them between 1,000 and 2,000 hours.

Mr. Freddy Williams of the Tshwane Emergency Services presented a special acknowledgment to the Church of Scientology. The Church organized and coordinated these volunteers to combat the pandemic. Volunteer Minister South Africa spokesperson Sandile Hlayisi accepted the award, crediting Scientology Founder L. Ron Hubbard for the program, the technology, and the passion to help South Africa.

The Church of Scientology Volunteer Ministers program is a religious social service created in the mid-1970s by L. Ron Hubbard. It constitutes one of the world's largest independent relief forces.

Mr. Hubbard described a Volunteer Minister as "a person who helps his fellow man on a volunteer basis by restoring purpose, truth and spiritual values to the lives of others." Their creed: "A Volunteer Minister does not shut his eyes to the pain, evil and injustice of existence. Rather, he is trained to handle these things and help others achieve relief from them and new personal strength as well."

Their motto is no matter the circumstances, "Something can be done about it."

Castle Kyalami serves as a home for the community and a nexus for all who share the goal of bettering the lives of individuals and strengthening communities across the region, nation and all of Africa. Mr. David Miscavige, ecclesiastical leader of the Scientology religion, dedicated Kyalami Castle on New Year's Day 2019, reaffirming the commitment of Mr. Hubbard that "from Southern Africa will spring the next great civilization on this planet."