You are here: Home › News: How Were So Many Duped by the Chemical Imbalance Theory of Mental Health? | CitizenWire
By Roderick Kinnison on July 28, 2022 in All Stories Index 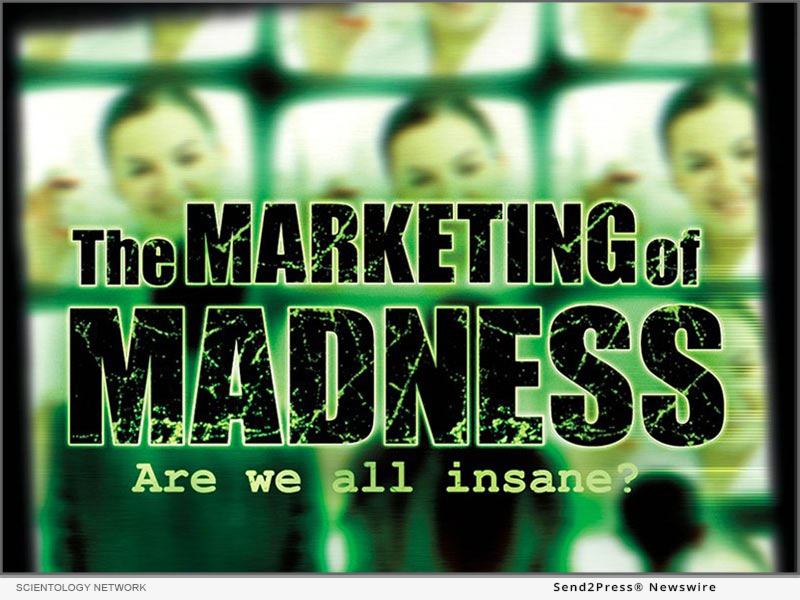 LOS ANGELES, Calif. /CitizenWire/ -- As the scandal spreads about a recent study finding no scientific evidence behind the use of SSRIs-and with pundits connecting the dots that while more and more Americans are using these drugs, suicide rates continue to rise-many are feeling betrayed. Find out how these drugs were approved in the first place. Watch "The Marketing of Madness" on the Scientology Network.

"Depression is not caused by a chemical imbalance in the brain," reads a recent headline in Psychology Today. As a professor of psychiatry at University College London and consultant psychiatrist at North East London National Health Service Foundation Trust revealed, "after a vast amount of research conducted over several decades, there is no convincing evidence that depression is caused by serotonin abnormalities."

So how did this happen?

"The Marketing of Madness: Are We All Insane? " a Citizens Commission on Human Rights (CCHR) documentary that airs on the Scientology Network, details how psychiatrists joined with pharmaceutical companies to market drugs directly to consumers.

Convincing the public that they, their children and even their babies, have a mental disease in order to prescribe their drugs has proved very profitable for psychiatrists and drug marketers.

But how did they get these drugs approved? The film documents that:

* Drug safety testing is predominantly done by drug companies themselves, not by governmental agencies or independent labs, creating an obvious conflict of interest.

* Psychiatrists have no scientific lab tests to objectively measure improvement, which permits researchers many opportunities to skew results of drug trials in the pharmaceutical company's favor.

* There are many, many ways of biasing trials to avoid negative findings or accentuate the positive.

As one drug expert interviewed in the film states, "It can be proven that most claimed research findings are false"-a fact that has now exploded in international media, creating a firestorm.

As the news of the study broke, Citizens Commission on Human Rights International President Jan Eastgate wrote, "The research confirms what CCHR has been exposing since the late 1980s: the chemical imbalance theory has always been a marketing campaign with no basis in science. The fact is the chemical imbalance myth has helped drive $15.6 billion-a-year global antidepressant sales. In light of the study's damning findings, media dubbed this the '$15 billion hustle.'"

The Scientology Network debuted on March 12, 2018. Since launching with a special featuring Scientology ecclesiastical leader Mr. David Miscavige, the Network has been viewed in 240 countries and territories worldwide in 17 languages. Satisfying the curiosity of people about Scientology, the network takes viewers across six continents, spotlighting the everyday lives of Scientologists, showing the Church as a global organization, and presenting its social betterment programs that have touched the lives of millions worldwide. Among its unique programming is a series of documentaries produced by CCHR. The network also showcases documentaries by independent filmmakers who represent a cross-section of cultures and faiths, but share a common purpose of uplifting communities.

Broadcast from Scientology Media Productions, the Church's global media center in Los Angeles, the Scientology Network is available on DIRECTV channel 320 and can be streamed at Scientology.tv, through satellite television, mobile apps and via the Roku, Amazon Fire and Apple TV platforms.