You are here: Home › News: Drug Prevention Cyclists Race to Reach Youth with the Truth About Drugs | CitizenWire
By Roderick Kinnison on June 27, 2022 in All Stories Index 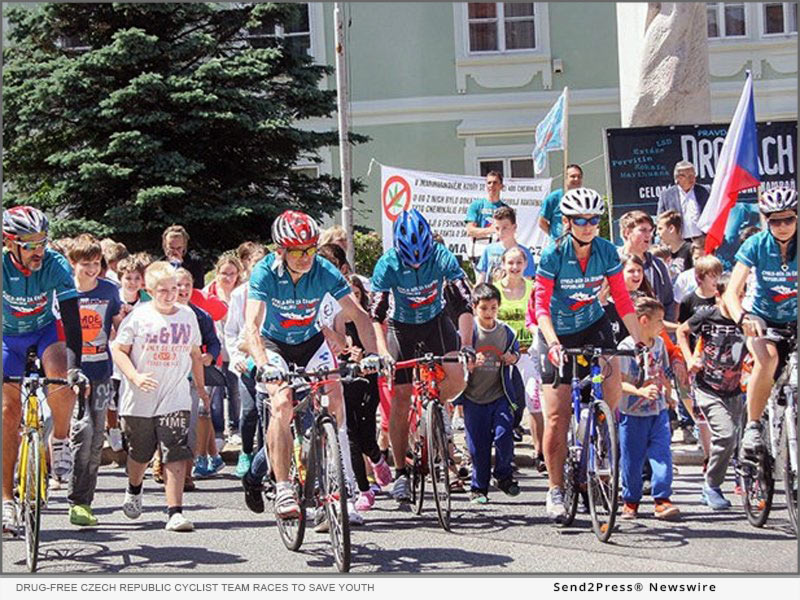 LOS ANGELES, Calif. /CitizenWire/ -- After a two-year hiatus because of COVID, athletes are once more sprinting through the Czech Republic to reach youth with the truth about drugs. Founder Vlastimil Špalek and his team of drug-prevention activists are featured in an episode of "Voices for Humanity" on the Scientology Network.

Athletes on the grueling 10-day, 1,200-kilometers (745-mile) circuit through the Czech Republic view this sporting event as a race against time. The 18th annual Drug-Free Czech Cyclo-Run (pausing only when prevented by the pandemic) is a campaign to help protect youth from the tragedy of drug abuse and addiction. And the numbers tell the tale.

Roughly one in three Czech Republic children and teens have experimented with an illicit substance, says the group's spokesperson. This is an estimated 200,000 youths, including children as young as 10.

Cycling through a circuit of 41 towns and cities, the team will complete their tour of the country in 10 days.

A Cyclo-Run, a term they coined, cycles from town to town and leads youth and community leaders and officials through an anti-drug run in each of their destinations.

In each town, they also meet with officials and community leaders, provide youth with drug education lessons, and lead them in taking the association's drug-free pledge.

"As long as people think drugs are a matter of personal freedom and don't see the harm in them, they are willing to try them," says Vlastimil Špalek, Cyclo-Run founder and chairman of Drug-Free World Czech Republic. "And once they start using, they're soon addicted. It is not good enough just to tell young people not to get involved with drugs. You have to give them a way to get the facts themselves, come to their own conclusions, and make their own decisions about whether or not to get involved."

Voices for Humanity is a Scientology Network original series of short documentaries introducing changemakers from all faiths, cultures and nations as they extend help to their communities through Scientology-sponsored humanitarian programs.